Save The Pearl Of The Orient 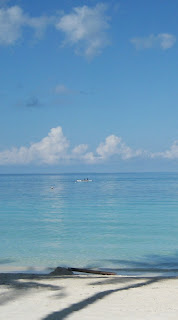 The results of the national elections in the Philippines in 2007 showed that the Filipinos have learned from their series of elections that brought no good to their country and to its people. It can be recalled in their country's history that candidates seek position in the local or national government very easily. There had been no standard judgment that would serve as the basis for its qualification to run in any seat. Although, their Commission on Elections had presented the eligibility rules but still, it had made no effect. Basically, everyone can run even if this means defying the set rules. There's always a way because there's a will from these aspiring officials. And as I have said, this brought no good to the whole country because those who ran and made it to the government seats were no way public servants. These people were selfish people and all they have been doing to the Philippines is put the country into a very unstable economic condition.

You know what I'm saying? Read more about the Philippines' economic status.
Posted by Hear Me Out at 10:22 PM 7 comments:

It can be remembered that the world-famous, boxing hero, Manny “Pacman” Pacquiao “gave in” to the desire of those people who requested him to run for a post in the Philippine elections, second monday of May 2007. There were two positions he was choosing: the mayoralty and the congressional posts. Yet before the deadline of the filing of the Certificate of Candidacy, the “Pambansang Kamao” (National Fist) had decided to vie for a seat in the Philippine Congress.

There had been hundreds, if not thousands, of news and blogs by Filipino people expressing their sentiments to Manny. All of these boiled down to one message: “Please don't run.” Despite the negative feedback of the people, he insisted to run and and compete against the incumbent congressman in their district. As expected he lost; and take note, vote discrepancy was very significant. It was like Manny only got 10 per cent of the total voting population and the rest went to this opponent.

Nice try Manny! Maybe you're only for boxing!
Posted by Hear Me Out at 10:49 PM 8 comments: