Goodwill Over Anything Else

From The Prince and The Discourses of Machiavelli, there is a part that states that it is not necessary for a leader to let his subjects know who he really is and what his limitations are. Aren't these things supposed to be known to his constituents so they may know if they've got the right leader for a position?

Is it safe to say that a prince being deceitful to his subjects such as pretending to possess good qualities- merciful, faithful,humane, sincere, religious - even though he is not could make him a good and effective prince?

Doesn't the way of living of the citizens of a certain state reflect the success of the ruler and/or the state? If the ruler is "not good," deceives his subjects, and exploits them in order to maintain his rule over them, then how can it be successful in the sense that it can maintain the order, morality and progress of that state and society?
Posted by Hear Me Out at 9:53 PM 3 comments:

In The Prince and The Discourses, Machiavelli talked about the qualities mercy, faith, integrity, humanity and religion. But he stated that it's not necessary for a Prince to have them, to quote him, "to possess them and to always observe them is dangerous, but to appear to have them is useful". I wonder, does that make a good ruler? A ruler that deceives his subjects on qualities that he doesn't possess?

Machiavelli also concluded that a wise prince will make the citizens of his state faithful to him. He also mentioned that the prince who causes another to become powerful thereby works his own ruin. So does that mean that a leader should always keep his position as the most
powerful man in the state so for him to prevent his own ruin?

Is a Machiavellian leader correct and justified when he/she decides to industrialize his country for higher economic growth rate, that, on the other hand, would cost farmers their jobs?
Posted by Hear Me Out at 9:54 PM 2 comments:

The World Is So Hard To Decode 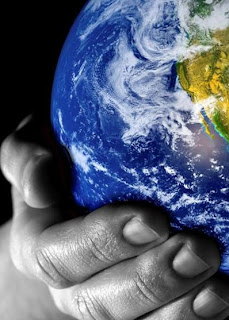 It’s quite sad that while the world is tremendously facing a lot of problems, various statistics show that there are even lesser people than those who really care for the world. If we talk about, say, capitalism and feudalism. People have not been hands on in learning these philosophies. A great number of the entire world population care less about how capitalism and feudalism fiercely affect and manipulate each and everyone's life.

For me, I think that everyday as we go to work for sustenance, as we seek to survive in this world of struggle, it’s as if capitalism is eating everyone alive. But will communism do us good, anyway? If yes, then why is it that people from South Korea, a country that practices democracy, “feels sad” for the people in the North that embraces communism. If communism brings common good to its people, can we equate common good to happiness and satisfaction? Are the people in the communist countries happy? Or are they just unaware of the kind of treatment by their government disabling them to determine what happiness is in relation to the happiness that the South perceives?
Posted by Hear Me Out at 10:10 PM 8 comments:

The idea of revolution is very promising, very sincere in its intention to change radically, yet it appears vague to me. Before, I used to attend educational discussions and I had observed that most, if not all, educational discussions ended up with a proposal to revolt. Step-by-step plans were made, division of labor had been assigned to participants. Everyone acknowledged the fact that revolting is a long process and may be never-ending as long as there are pressing issues that need immediate action.

I am not against revolution nor its intentions of having one. In fact, I consider it an alternative too, to change the very corrupt system of society. But fear and anxiety swallowed my ideal part of me. Probably, because I am not yet too ripe, as me being an activist – open minded, and critical. I hope I can learn more info about this matter.
Posted by Hear Me Out at 10:42 PM 3 comments:

What Is In A Leviathanic State? 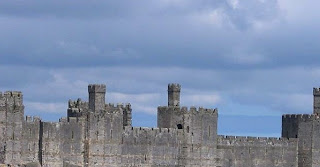 The famous thinker, Thomas Hobbes coined the word Leviathan. As he described it in his works, Leviathan is an artificial person whose body's made up of all the bodies of its citizens – the literal members of the Leviathan's body. It is therefore a metaphor of a state. The sovereign is the leader of the Leviathan. The people, its followers, will sign into a contract authorizing themselves to be under the order of the Leviathan for them to escape the horrors of the natural condition of men and the environment. It is the power of the Leviathan that shields the people from the abuses and maltreatment of one another.

In this work, Hobbes explained the process of creating the Leviathan, the rights of the sovereigns and the common people, and illustrated the civil and legislative mechanics of the commonwealth. He also explained the religious system of the Leviathan and compared it with the Christian doctrine. He concluded that to achieve a secure Christian commonwealth, there should be a political implementation of the Leviathanic state.
Posted by Hear Me Out at 12:28 AM 4 comments:

Thomas Hobbes And His Contributions

Thomas Hobbes recounted that on the day of his birth in 1588, his mother learned that the Spanish Armada had set sail to attack England. This news terrified Hobbes’s mother that she went into labor prematurely.

Hobbes was born in Malmesbury in 1588. He studied at Oxford University. And because he was a tutor for a noble English family, he had opportunities for travel. In France he was so fortunate he knew Mersenne, the great friend of Descartes. It was, in fact, Mersenne who induced Hobbes to write his critical observations on the Meditations of Descartes. At Florence he came into contact with the thought of Galileo.

Hobbes wrote one of the greatest philosophical works – this was published three times with three different titles. The first was De Cive (On the Social and Political Organism). Hobbes developed this and later published it under the title De Corpore (On the Body, The Leviathan). The final development was his De Homine (On Man). Among these three, it's the Leviathan that's considered his masterpiece of all time.
Posted by Hear Me Out at 11:23 PM 2 comments:

The United States of America may be facing a crisis in transportation as the remarkably populous post-World War II generation begins to approach the age of 60. This is a milestone that many transportation researchers and analysts cite as a time when it is recommendable for some drivers to start abandoning the luxury of private cars for the safety of public transportation.

According to some statistics that have been presented in different media all over America, each year hundreds of thousands of older people who have outlived their ability or willingness to drive must depend on alternative transportation systems (like the trains, buses, taxi cabs) that, outside of the nation’s most urbanized communities, are usually unable to meet their needs. This gap between the driving expectancy and life expectancy has placed important and usually unexpected economic and social burdens on many seniors not just in US but in the whole world.
Posted by Hear Me Out at 12:49 AM 5 comments: 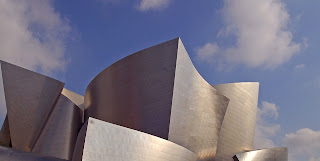 I have been running. Chasing away my life. Wanting to become successful somehow to the standards of this world. But its too late I realized that I am just drowning in the ocean of postmodernity.

Everyday I am living a lie, wearing so much pretension to survive from the world that is full of the superficial.

When I was in my teenage years, I cannot take the hearts of those famous and popular people who kill themselves. Yes it is a crazy act, you would think. For me it is a cliche, a glitch in the history of creating literature. For me, killing my own self should mean a lot of things -- many things. It should be symbolical – metaphorical. It should be out of something eternal that was broken. Somehow something that resembles the memory of love lost, of dreams, of falling in love with trivialities and nightmares. But now I understand them, quite, or something that resembles them, emptiness, death, drowning, superficial – beyond the common truth.

All because you know that you live in postmodernity.
Posted by Hear Me Out at 10:43 PM 3 comments:

Should Priests Be Political Leaders?

If God is not the author of lie, then who is it? I have observed that throughout the centuries we have been comfortably living according to man/lie even though we claim we live according to God. Do you recall the crusades and the tyrant priests who amassed large properties during the colonization period? Look at the priests who involve themselves in politics, the luxurious priests in Vatican, racial discrimination, partition of the society according to wealth, etc.? Such pilgrim, huh? Or should our political leaders be priests? Would developing countries be more progressive if the government is under the church (assuming that there is no separation between the state and the church)?
Posted by Hear Me Out at 11:35 PM 5 comments: